619Xa56BvoL._SX329_BO1,204,203,200_.jpg
The Rig Veda, written in India about 1500BC, praises a holy plant called Soma, which is sacrificed and consumed, granting the drinker an experience of enlightenment and ecstasy. The late Gordon Wasson identified Soma as a "magic mushroom," Amanita muscaria, and he and his followers discovered that such Indo-Europeans as the ancient Greeks, Iranians, and Norse had also used a Soma-type plant.

In Ploughing the Clouds Peter Lamborn Wilson investigates the probability of a Soma cult in ancient Ireland, tracing clues in Irish (and other Celtic) lore. By comparing Celtic folktales, romances, epics and topographic lore with the Rig Veda, he uncovers the Irish branch of the great Indo-European tradition of psychedelic (or "entheogenic") shamanism, and even reconstructs some of its secret rituals. He uses this comparative material to illuminate the deep meaning of the Soma-function in all cultures: the entheogenic origin of "poetic frenzy," the link between intoxication and inspiration.

"[Ploughing the Clouds is the best of its kind since Robert Graves's The White Goddess." —Dale Pendell, author of Pharmako/poeia: Plant Powers, Poisons and Herbcraft

"[This book] brings new perspectives to the problem of Soma and broadens and deepens the context of its discussion. Information on possible Celtic relationships with psychoactive plants and fungi are most welcome." —Terence McKenna

"Wilson uses his considerable research to explain and interpret the Indian soma ritual, and to imagine the Irish one. . . . His convoluted analyses, freighted with academic prose, will appeal chiefly to serious students of comparative religion, folklore and myth, ancient history or drug use." —Publishers Weekly

"Wilson is a literary genius who possesses both an extensive knowledge of the literature of folklore, myth, and religion—unorthodox Islam being his specialty—and an original, unconventional, and penetrating intellect. His ideas and hypotheses are both reasonable and wild; as an author he displays a thorough knowledge of classic literature but puts forth revolutionary thoughts. His presentation is intelligent, sophisticated and at times his prose swells into poetic reverie. Often it seems that Wilson could elaborate on numerous juicy topics but is forced to merely mention these tangents and move on so as to not overwhelm the reader. Thankfully he does offer leads—bibliographic, branches of philosophy, and so on—for readers to pursue the various subjects he touches upon." —Justin Case, The Erowid Review “The publication of The Psychedelic Explorer’s Guide could not be more timely; it coincides with a major renaissance of interest in psychedelic research worldwide. The information that it provides will thus be useful not only for the hundreds of thousands of people involved in self-experimentation but also for the new generation of psychedelic researchers.”
--Stanislav Grof, M.D., author of LSD: Doorway to the Numinous

Called “America’s wisest and most respected authority on psychedelics and their use,” James Fadiman has been involved with psychedelic research since the 1960s. In this guide to the immediate and long-term effects of psychedelic use for spiritual (high dose), therapeutic (moderate dose), and problem-solving (low dose) purposes, Fadiman outlines best practices for safe, sacred entheogenic voyages learned through his more than 40 years of experience--from the benefits of having a sensitive guide during a session (and how to be one) to the importance of the setting and pre-session intention.

Fadiman reviews the newest as well as the neglected research into the psychotherapeutic value of visionary drug use for increased personal awareness and a host of serious medical conditions, including his recent study of the reasons for and results of psychedelic use among hundreds of students and professionals. He reveals new uses for LSD and other psychedelics, including extremely low doses for improved cognitive functioning and emotional balance. Cautioning that psychedelics are not for everyone, he dispels the myths and misperceptions about psychedelics circulating in textbooks and clinics as well as on the Internet. Exploring the life-changing experiences of Ram Dass, Timothy Leary, Aldous Huxley, and Huston Smith as well as Francis Crick and Steve Jobs, Fadiman shows how psychedelics, used wisely, can lead not only to healing but also to scientific breakthroughs and spiritual epiphanies.

JAMES FADIMAN, Ph.D., did his undergraduate work at Harvard and his graduate work at Stanford, doing research with the Harvard Group, the West Coast Research Group in Menlo Park, and Ken Kesey. A former president of the Institute of Noetic Sciences and a professor of psychology, he teaches at the Institute of Transpersonal Psychology, which he helped found in 1975. An international conference presenter, workshop leader, management consultant, and author of several books and textbooks, he lives in Menlo Park, California, with his filmmaker wife, Dorothy.
Nach oben 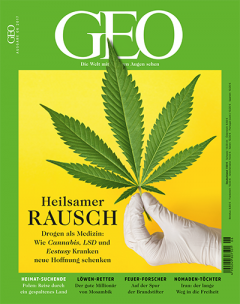